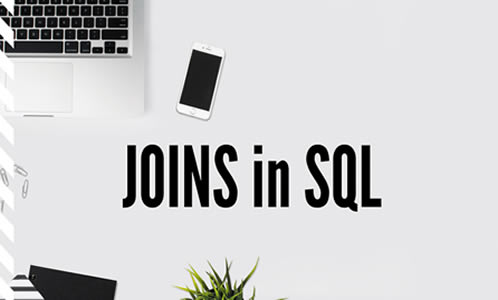 What are Joins in SQL?

Joins in SQL combines rows from two or more tables. It creates a set of rows in a temporary table.

Joins two or more tables is one of the most powerful features of relational systems.

In fact, it is the availability of the Join operation, almost more than anything else that distinguishes relational from non-relational systems. So what is a Joins in SQL? With the help of join, we can retrieve data from more than one table.

If we required data from more than one table then join condition is used. Rows in one table can be joined to rows in another table according to common values existing in corresponding columns, that is, usually primary and foreign key columns

so there are two styles for writing joins syntax in SQL or Oracle first one is the oldest and the second one is a new style.

In theta style we use (,) symbol to join two tables and Write the join condition in the WHERE clause.

In ANSI style we write the name of join to join two tables and Write the join condition in the ON clause.

Types of joins in SQL

There are many types of joins , some main join in SQL are given below

Point to be remember:

There are two ways to use equi join in SQL:

Typically the tables are joined to get meaningful data. Suppose we want to get the department name of all employees along with their names.

Now since the employee name is in the employee table and dept name is present in the dept table we have to take the join of two tables on the basis of the common column between these two tables i.e deptno column.

2. Non-equijoin – When the comparison operator used in joining columns is other than equality, the join is called a Non Equi-join. The SQL NON EQUI JOIN uses comparison operator instead of the equal sign like >, <, >=, <= along with conditions. Sometimes non equijoin is also known as theta join

3. Inner Join- INNER Join is the most frequently used JOIN. It matches the records from both tables based on the join predicate and returns only the matched rows.

For ease of understanding one can think that first a Cartesian product is created and then all the rows that do not meet the join condition are dropped from the result. Inner join also has a shorthand syntax given its wide use. Let us understand this join using tables in the Employee database:

Three types of Outer Joins are: